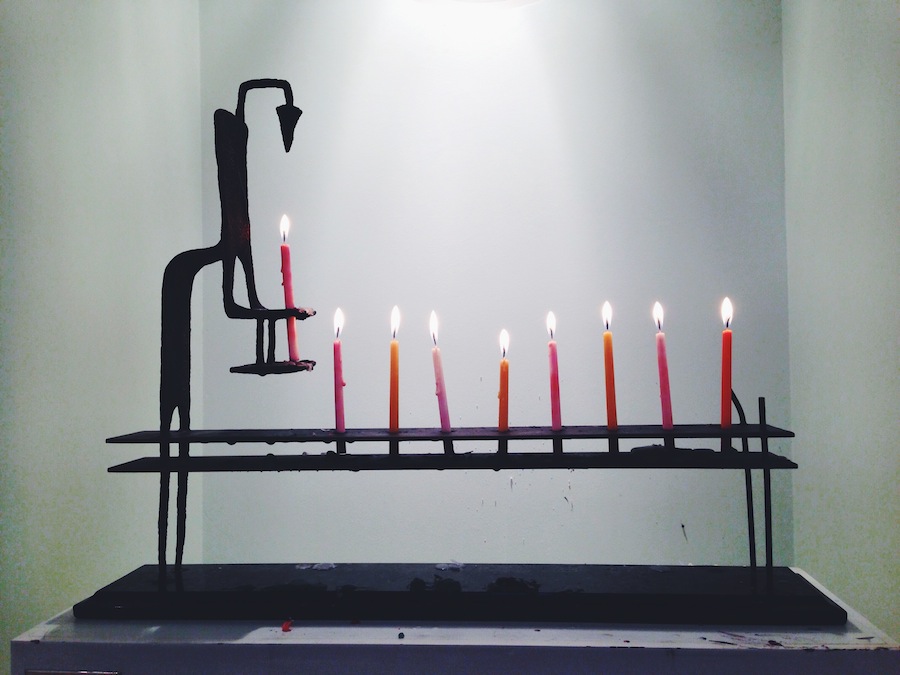 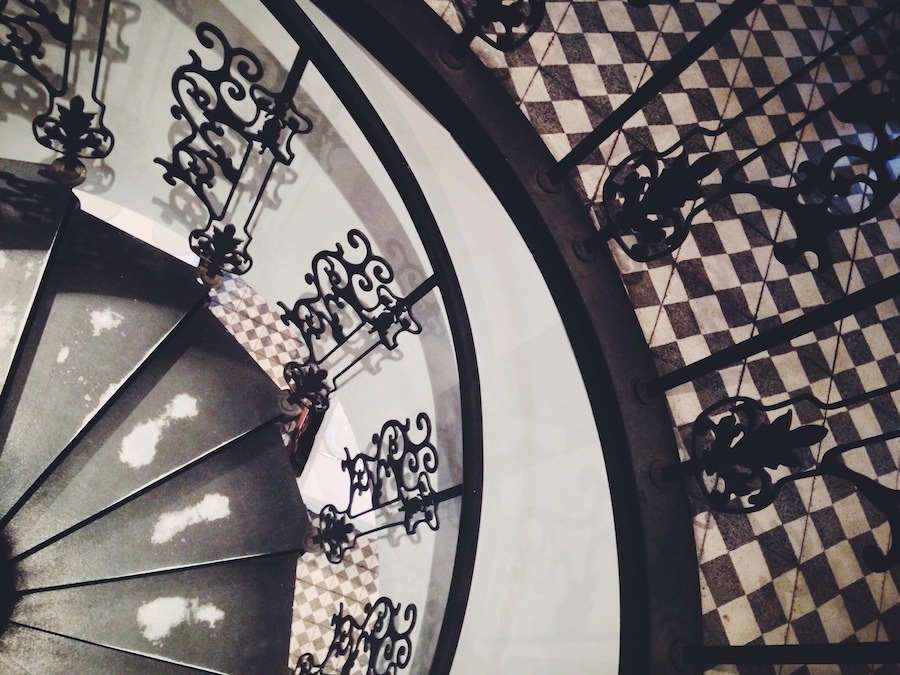 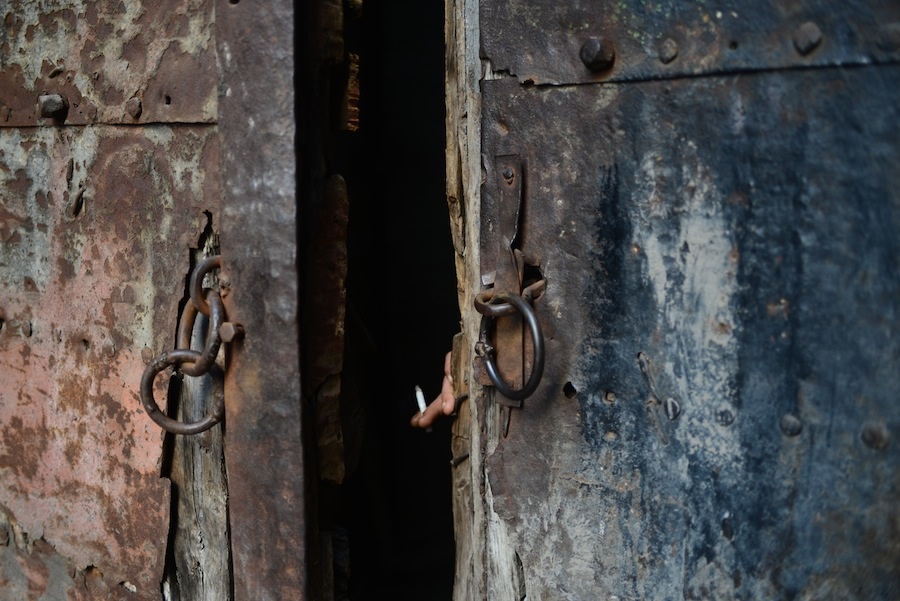 Karaköy is the hipster heaven of Istanbul. There are times when I pray for the hipster   culture to phase out. If that’s your thing, fine! That’s the place to be! People watching is here, lemonade in jam jars and  food on chopping boards are served here, pop-ups are here! If it is not your thing,  still Karaköy has  a lot to offer! Strolling through Karaköy will leave you stunned!

* Robinson Crusoe bookstore at SALT Galata:  This long-standing independent bookstore located in one of the leading art institutions in Turkey- SALT, offers a wide range of  magazines and books in English and Turkish.  Browse through books on Istanbul and the diverse culture of Turkey!

* Schneidertempel art gallery: The Tofre Begadim  (Tailors’ Synagogue) founded by Ashkenazi Tailors’ Association in the late 19th century, was frequented by craftsmen specialized in dressmaking and tailoring, whose customers included Sultan Abdülhamid and Atatürk. In the late 1990s, the already-abandoned synagogue was converted into a multi-purpose art space, mostly hosting caricature exhibitions. The modern take on Hanukiah carries the signature of Beti Cenudioğlu.

* Karaköy Lokantası: Peek through the entrance of Karaköy Lokantası to see the lovely iron staircase,  reminiscent of steps of beautiful Santa Justa lift in Lisbon. The food is amazing but that’s another thing!

* Rüstem Pasha han in Perşembe Pazarı: Would you expect this 16th century han commissioned by Rüstem Pasha, the grand vizier and son-in-law of Sultan Süleyman to be  still operating in the midst of the city? Rüstem Pasha han (aka Kurşunlu Han)  is not one of those places glittering with restoration,  without any face-lift,  it is still humming with activity in its workshops…

* Graffitis: You will come across the best examples of graffiti work in the city.

* Turkish Orthodox  Patriarchate and the Panaghia Kafatiani church: To my surprise, there are 3 churches under the independent and unrecognized patriarchate of Anatolian Orthodox Christians  but it  has no congregation. 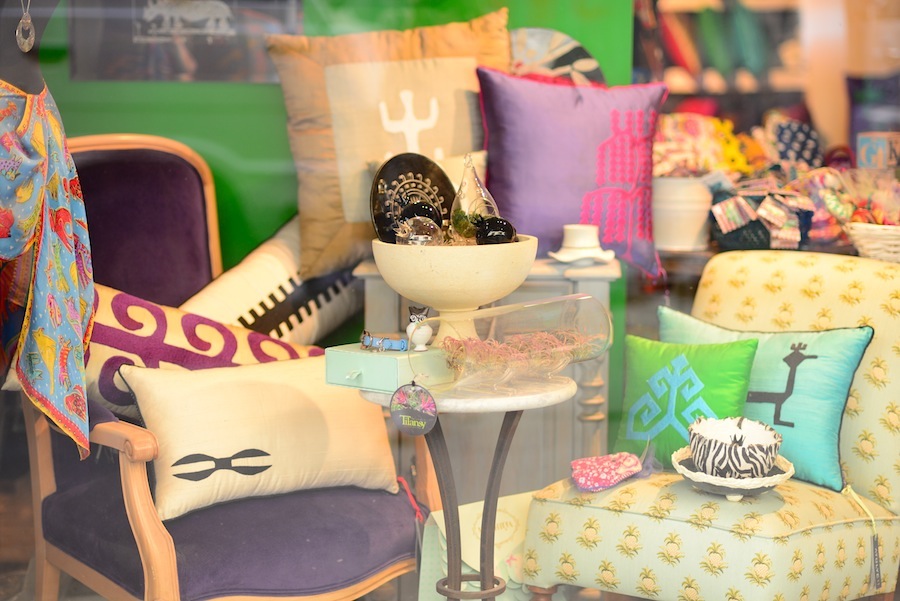 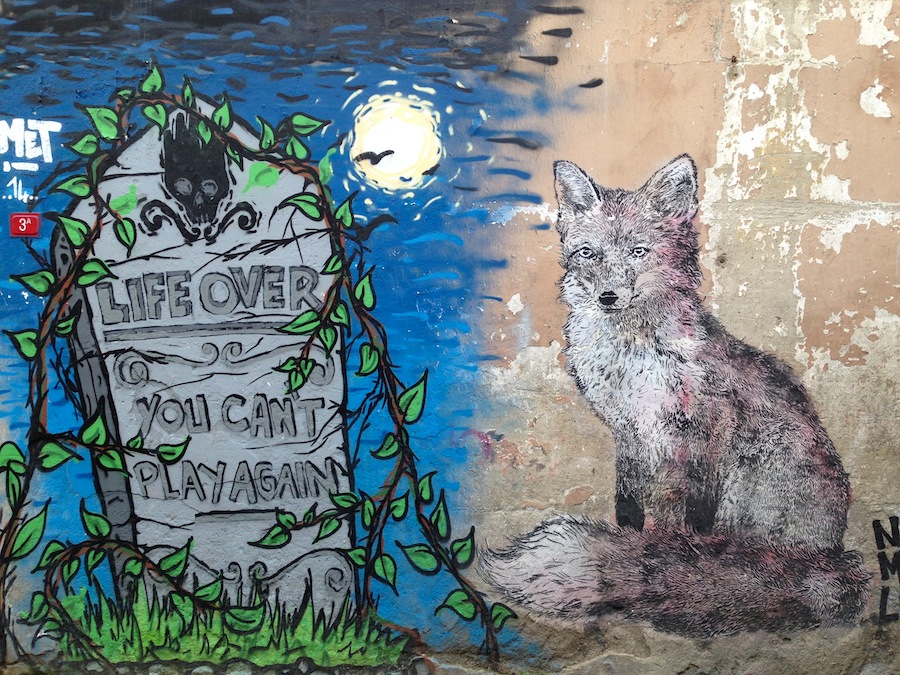 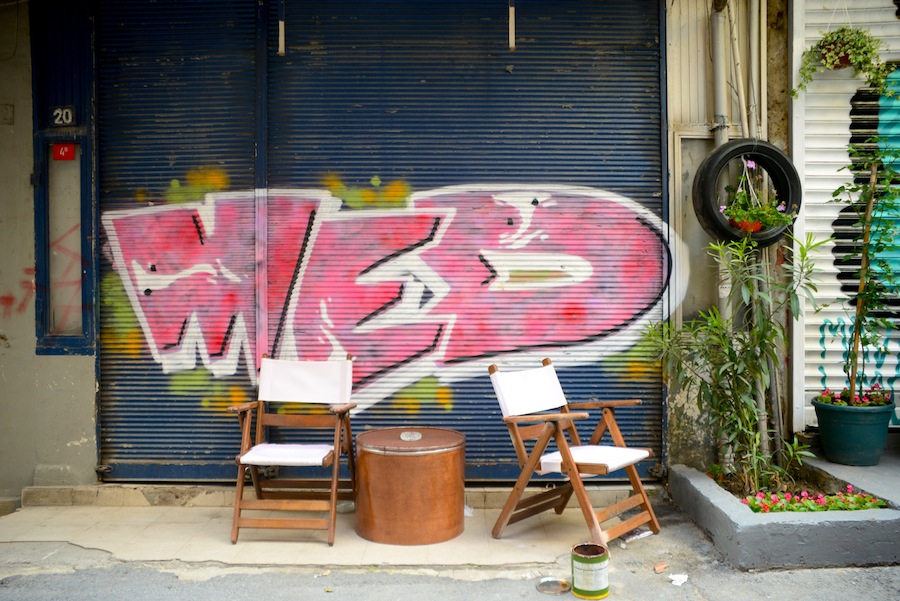 * Art scene: Istanbul Modern, SALT Galata and many art galleries popping up in the past few years have turned Karaköy into a buzzing art scene. Great opportunity to immerse yourself in creative sparks.

* French Passage:  Having been the center for trade activities for centuries, the area still features traces of such buildings as French Passage. Once probably a depot for French goods, the arcade is now home to chic  cafes, restaurants and local designer shops.

* Police station (Voyvoda Karakolu):  The building adorned with an Ottoman coat of arms is definitely one of the most graceful police stations in the world. It dates back to Sultan Abdülmecid reign. Apart from the façade, I was taken aback by  Van der Rohe’s Barcelona chair when I threw a glance  through the doorway years ago. It is still there!

* Fish and bread stalls: Most of the vendor selling fish and bread in the city are now concentrated on the Eminönü end of the Galata bridge, but you get to find some vendors without funny tacky costumes here as well. Fish sandwich, one of the most popular local fast foods of our city by the sea, means half bread stuffed with grilled mackerel, onions and tomatoes sprinkled with chilly red peppers and an inexpensive but fulfilling snack!

* Galata Simitçisi: The simit (bagel-like ring breads encrusted with sesame seeds) is hardly overrated in the lives of any Istanbullites, though it is difficult  to find good simits across the city. The dense dough and crusty layer coated with molasses and sesame seeds make it a nice treat so long as it is baked in a wood-fired oven. This is one of those bakeries with such an oven! When stuck in traffic in Karaköy on a friday, I remember, one of us would pop out of the car to run to Galata Simitçisi to buy a couple of simits and get back to the car before the traffic has hardly moved. The traffic is that bad, and the simit is that good!

* Russian church: You cannot miss  the onion-domed Russian churches on the roofs of high storey hans once you are in the neighborhood. Built in the mid 19th century, these rooftop churches- St Eliah, St Andreas and St Panteleimon- used to accommodate people on their pilgrimage to Jerusalem.  After the Bolshevik revolution, white Russians took refuge here in the city and formed the congregations of these churches. Nowadays, the community of the church consists of Russians from the former Soviet states, especially Belarusians. If you decide to attend a Sunday mass at St Panteleimon, try to get there as early as possible to find a spot in the church. The mass  is conducted in Russian, which took my breath away! 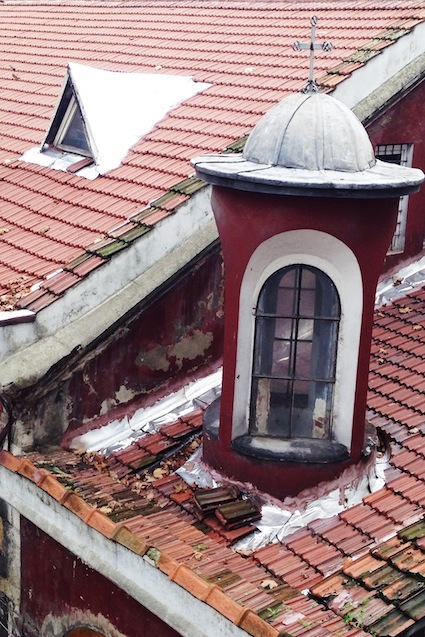 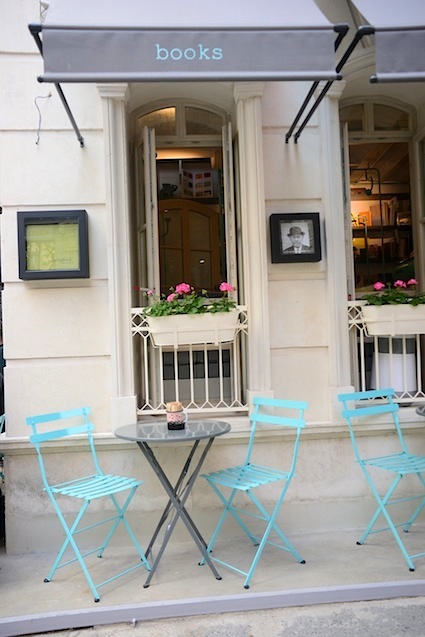 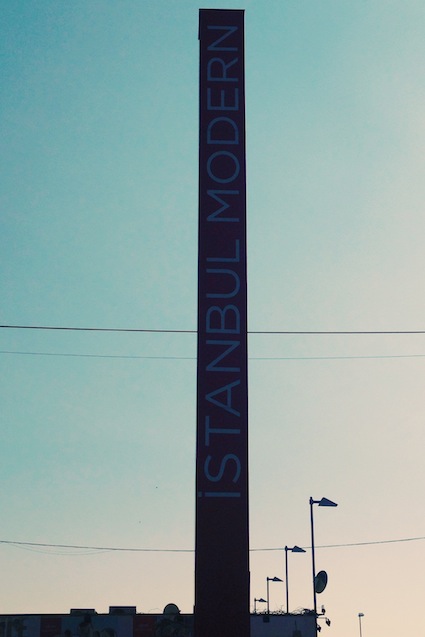 Interview: Özge Samancı on her graphic novel; Dare To Disappoint, Growing up in Turkey

In Times of Crisis #1