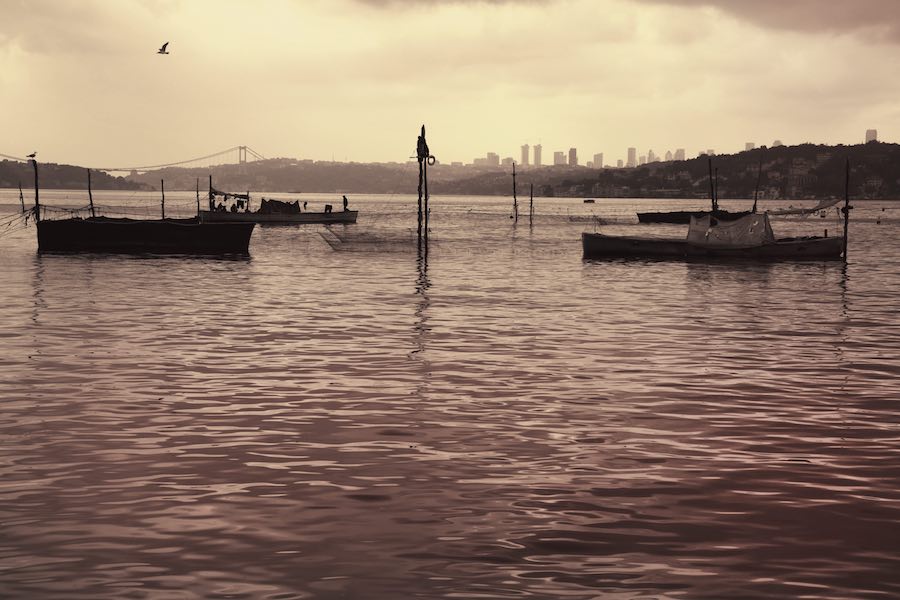 In the first part of the interview with Mert Gökalp, the director of Bluefish documentary, we focused on Istanbul’s complicated relationship with bluefish whereas the second part elaborated the documentary’s production process.  Are we going to let a fish species we hold dear to our heart survive in our seas? If your definition of homeland is “the fish in the sea, the bird in the sky, the free flowing river, forests not set on fire regularly, and its peaceful habitants”, then watching this documentary is a must! 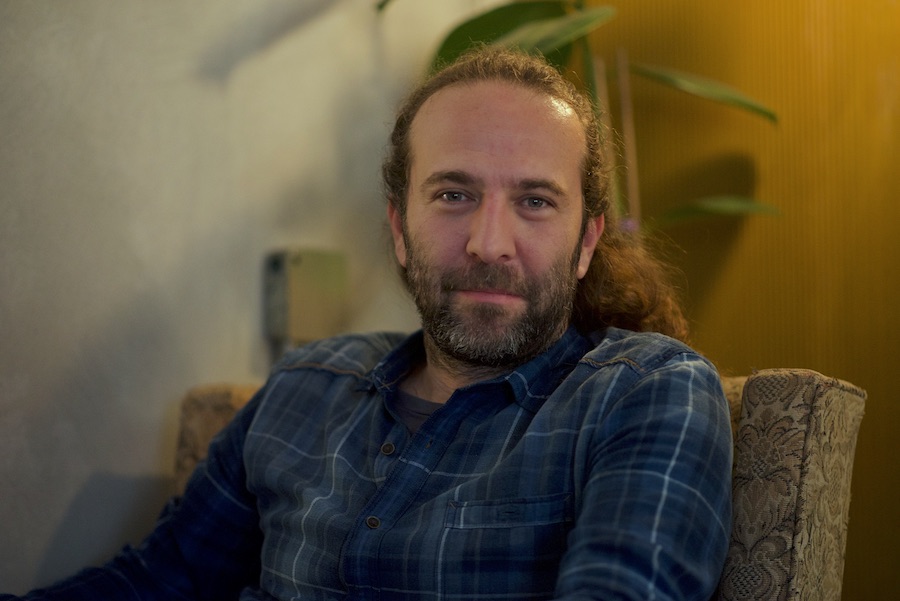 BLUEFISH DOCUMENTARY
What was your experience like during the production process of the documentary?
On my part, it was an incredible journey; I’ve got to observe the situation from the perspective of the fish and the sea. I happened to go into places I’d not go under normal circumstances. For instance, I got into fish traps, seine nets, central wholesale fish market; I accompanied traditional fishermen in their boats or anglers while fishing. I went on inspections with inspectors at the central fish market and on expeditions with scientists; I took stance with the activists for the seas.

The thing is because we were unable to receive much help, I had to do a lot on my own. I made the interviews myself; I wrote the script myself; I was involved in directing, diving and many other things. It was quite a challenge in that sense. You know whatever is challenging is also delightful. It is an adventure! It was thrilling at every stage of this journey- be it shooting, writing, editing or animation. But at the same time, it was blood, sweat and tears for both myself and the team.

Who are the passionate sea and bluefish lovers that were involved in this journey?
Joao Dias, our animator made a wonderful job under challenging conditions. Our film editor Mehmet Abanoz and I worked diligently on the project. Onur Uysal is our script writer and line producer. Berke Can Özcan and Burak Irmak made amazing music for the documentary. CGI (Computer-generated imagery) was produced by Jim Lake while bluefish head animation was done by Kerem Pekken. As for translation, Jim Lake supported us together with voice-over. Actor Alptekin Serdengeçti dubbed bluefish. There are many others who contributed and supported us since the start of crowd-funding campaign. It was a good journey all along.

Why did you feel the need to use animation?
For instance, it is not that easy for people to visualize the Bosphorus, the Golden Horn, the Marmara sea, the Black Sea, the old town or Kadıköy in the ancient period or the Byzantine-Roman period. Animation is meant for that. If animation is to be featured in a documentary, it should be placed at the right place. That’s because it is a film on its own accord.

The ancient period writers -Aristo, Homer or Strabo- were good at recounting the past. In order to make a comparison with today, animation was used. Jim Lake used parallax technique to animate some photos. It is not precisely animation, but photos are animated. This method was also adapted for the Ottoman period. We allocated more time for the last 50 years but also we tried to sum up the 8,000-10,000 year period in a 5-minute animation.

Do you think the perception of those who featured in the movie (both traditional and industrial fishermen) has changed?
The seaman is tough, realistic and sharp. But their experience with the sea -as it is in Hemingway’s the Old Man and the Sea- is apparent. So is everybody views the situation from their point of view. And the fishermen around them hold onto the similar opinion. It is not that easy to change their opinion, of course.

Everybody sticks with their opinion- be it the traditional or industrial fisherman, the angler, the troller, the seiner. So during the filming process, it was important to listen to them. We avoided disclosing our opinion. Both the traditional and the industrial fisherman had their say, but there are people whose experience with the sea is up to 60 years. It’d be wrong to dictate them something.

Yet, after watching the documentary, they got impressed because they realized that their knowledge is like a piece of puzzle and when all the pieces come together, it indicates to something. This is the difference the guide makes. Maybe through visual animation, filming techniques and editing, you can reach out to a greater number of people and get your message across- something they already knew and something they have been complaining about all along. 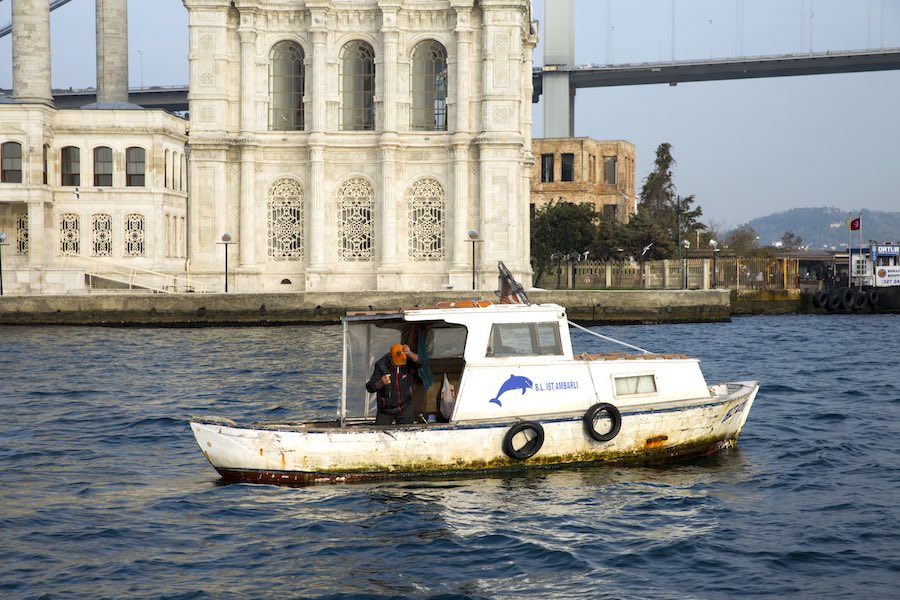 Now, the documentary has presented us a realistic and holistic picture of the situation. It seems we were unaware of the situation of the fishermen.
Of course, people know a great deal of things about the seas, but we need to learn to listen to each other. After the trailer was posted online, 750,000 people watched it, which is quite a number for a documentary. When you get on our FB page, you’d notice that some serious debate is going on there. Everybody views it from their angles. This documentary, unlike its predecessors, is not divisive; on the contrary it pulls us together. I am inviting industrial fishermen to watch it so they learn something from it because there are things they do not know. They are not aware of what they are doing; they are dooming themselves.

Industrial fishermen have serious problems, too. Before the season starts, they borrow money from the wholesalers at the Fish Market Hall to repair their boats. By catching fish, they try to pay back the money during the fishing season. That is why they give the fish to the wholesalers for a lower price. They are the ones who are sustaining the system by lending money because the government is no longer subsidizing it. It was the government’s mistake to let the fleet grow so much. Now, they are unable to control it. Politicians are on the side of the industrial fishermen. Every 4 years, they hold meetings, where only industrial fishermen are given a say. Neither scientists, nor activists, nor the public is heard. Industrial fishermen have a strong lobby. Some of them have become aware of us, the documentary and its possible effects and started lobbying and commenting on our posts.

I could explain this a thousand times but a documentary will tell it better. We made this documentary so that we could sit down and analyse it all together. We are on the brink of catastrophe. We have to take a look back at what we have done so far; we have polluted our rivers with hydro-electric powerplants, dams, pollutants; we are treating other organisms, and the earth so cruelly. What are we really pursuing? What is our goal? Is another way of life possible for humans? I think we are a misevolved species. 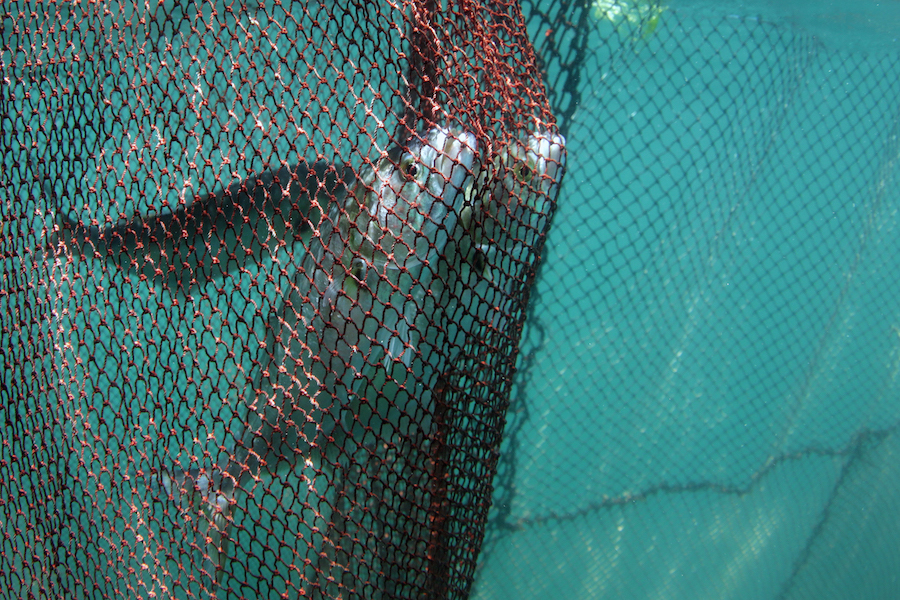 Maybe we should redefine the word, “homeland”. The definition of homeland by Levon Bağış touches me deeply: “Homeland is the fish in the sea, the bird in the sky, the free flowing river, forests not set on fire regularly and its peaceful habitants.”
Yes, absolutely! We quoted from Yaşar Kemal’s Deniz Küstü (The sea-crossed fisherman) at the beginning of the movie: “The sea will curse you!” He is one of those writers who has depicted our planet so beautifully. The same thing goes for Halikarnas Balıkçısı; he gives an amazing picture of nature. Like in Sait Faik’s stories, he portrays the fisherman’s perspective on nature and nature’s perspective of us. Their works already reveal the beauty of nature. It’d be a great honour on our part if we could continue narrating it with today’s visual competency and advanced technology.

What is scheduled for the documentary?
Our motto has evolved into “Can a documentary save a fish species?” at the moment. I believe this documentary makes a good picture. Disregarding any political stance, or any preference for the land or the sea, it is a documentary that makes a statement and gives a clear message. We can cooperate and take the situation -destruction, cruelty and the system in the sea- to a different level. For such collaborations, there are many festivals and organizations abroad like Films for Action.

Because we were unable to receive much help, we made it with the support of people. We’d like people to see it as their own movie; it could light the way for us. We could even save bluefish, our seas, the Marmara, the Black Sea, the Bosphorus. “Saving” is quite a statement, of course! We have a tendency to see the situation from the perspective of humans, but we could retrieve the effects of the destruction we brought on.
First of all, we have a festival period ahead of us. Our aim is to reach out a greater number of people. The screening at !f Istanbul Independent Film Festival was a good start. To a certain extent, it completed its mission in Turkey. Next is new festivals in other cities and countries.

Will it be possible to watch the documentary somewhere else apart from the festival circuits?
Well, taking it to an affordable platform- watching it online- seems to be the best option. We can make deals with TV channels, but of course we expect attention. 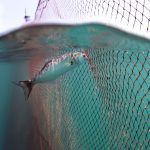 Bluefish synonymous with Istanbul has a privileged place in the city’s collective memory. It owes its unmatched image to its legendary abundance, delightful taste and challenging fishing. The first part of the interview focused on Istanbul’s complicated relationship with bluefish. Read more…

How can we contribute to this documentary? What else can we do in general?
First of all, we need to share it on social media so that fishermen (traditional and industrial fishermen and anglers) and people around us could watch it. You should spread it as if it is your own documentary.

As a consumer, we should cut down on thrash, use of plastics, choose sustainable products, avoid hunting species during close seasons, reduce consumption of meat, stop consuming chicken completely maybe. It is no longer chicken, but anti-biotics. As for food, consuming local produce or prefering food from places with less transfers. You don’t need to consume something from China, or salmon from North Europe. If agriculture is done properly, any need is catered. We need to consume seasonal food. We need to cut down on consumption in general.

Any new projects in mind?
This was the story of the North. We have another project at hand, which we have been working on for the past 5 years. We are telling the story of the grouper and the South. That is is a great production with pleasant and lively underwater footage.