The Cello at the Station 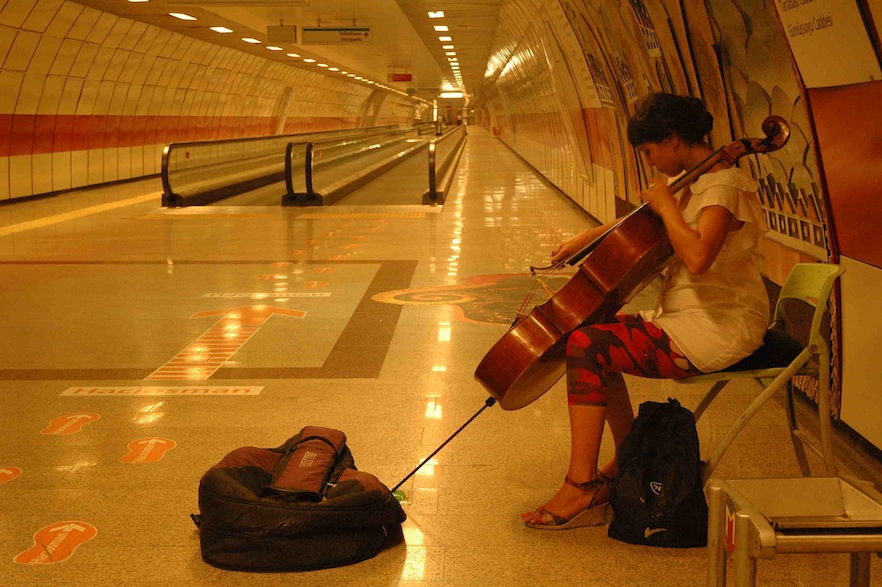 In 2000, the 5-stop metro line started operating, considering the population of way over 10 million back then, it was pathetic! Before the opening of Istanbul metro, I would be amazed by the musicians cheering up metro passengers at the metro stations in the big European capitals. Yes, of course, I was looking forward to having a full-fledged metro system in my home city  but apart from that, I was longing for the music that could echo in the underground tunnels of this ancient city. It was 5 to 12; I was rushing to catch the last train. I had to stop to make her photo:)

Till I get a SLR camera with movie mode, you have to make do with you tube videos as my audio content:) My pick is from Jacqueline Du Pre. She is playing  Elgar’s cello concerto with her husband Daniel Borenboim. When I was hooked up on the cello and Jacqueline years ago, I introduced her and the cd, The legends of the 20th century, to two of my neighbors, who got  delighted with the music the way  I did. Can you imagine the whole building echoing with the cello? If one of us turned off the music, another one  would start playing, and very soon a fourth  neighbor joined us:)